This post has nothing to do with Slipp-Nott, sport safety, basketball traction, traction mats, NBA players, NCAA Championships or any such thing. It is just something that popped into my head as I was reading a blog post on Network Theory. The post put forth a concept. It suggested that based on Network Theory, your basketball team might actually improve if you lose your best player. The theory looks at basketball and making a basket as a one route through a network of all possible combinations of passes (and plays). It takes into account forcing players to change “possible routes” but the defense, not at all.

I posit that even if you could take the defense into account that it can’t possibly take into account the complexities of the dependencies that develop between players on a team and therefore cannot truly predict the performance differences/improvements. I don’t think that Network theory can actually model the behavior of a team but I do however think that mixing it up by not having the best player in there can really help the other players and would actually force them to “step up” in game situations. Unfortunately, unless the coach sees basketball as a way to help build character rather than one more notch closer or farther away from the championship, keeping the best player off the floor will not be a strategy most coaches are willing to employ. 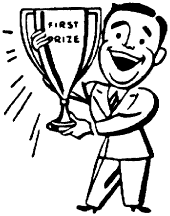 One might think that keeping the best player off the practice floor may yield the same thing but without “game pressure”, I doubt you can really hope to have the players make tough decisions that will actually lead to significant changes in behavior/performance. Certainly there is a lot more to be said about this and I am admittedly NOT a coach, nor claim to be one and can therefore in no way know the pressures a coach and administration face when it comes to putting a team on the playing field. These are only my musings.

Everything seems to be driven by money these days. Few sporting events would even happen if the possibility of winning weren’t on the table so “character building” will have to be found elsewhere I suppose. Of course, we all want to win and if you are a coach, you are being paid to win — but is that the way it should be? Perhaps coaches and sports would help produce nicer, more thoughtful people if during their formative years, children were taught:

There are many other things to gain from sports, this was just a short list that I wrote off the cuff.

Again, everyone wants to win. How much would you pay someone to teach your children these things? What do you think that would be worth? Would you prefer to have a perfect season if the cost was having your son or your friend’s daughter, cousin or anyone’s child just warming the bench and being a spectator for the entire season?

In my opinion, few people are going to put any significance on whether their son’s/daughter’s team dominated the entire 6 and under league! On the other hand, just a few of the things children can be taught at an early age:

Your thoughts? Why don’t you add what you think children should/could learn from sports at an early age that can/will help teach them later on in life?