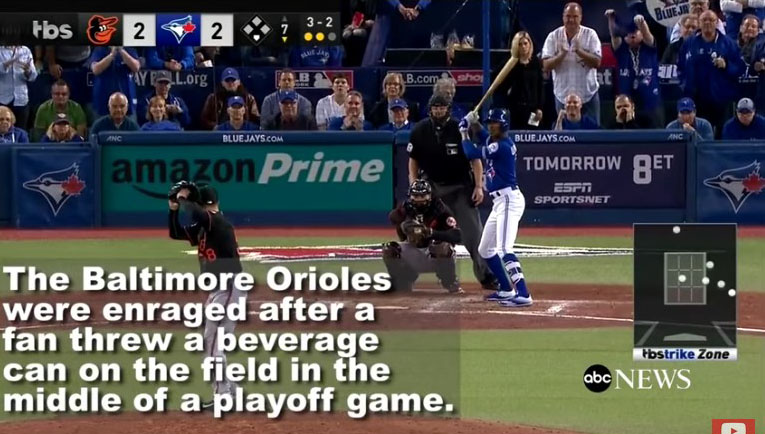 Fans are a vital part of sports. The teams thrive on the energy of the cheers, the enthusiasm shown on a play, and even the sometimes  bizarre, funny jokesters on the sidelines. We only have to look back to the baseball game in Baltimore to remember that fans make the games for the players.

But what about when fans behave badly? Like the guy who gave a double bird to OKC’s Russell Westbrook,

or the man who dumped a beer on Orioles outfielder Hyun Soo Kim?

–There was even an incident when a father and some  jumped onto the field and attacked a coach during a Royals vs White Sox game.

How do players deal with the beyond trash talk?

Most players ignore these fans, or share looks of disbelief with their teammates, shaking their heads at the craziness. But sometimes fans and players clash, turning a day out at the game into a night at the fights.

Some people say its part of the job, athletes should be able to deal with rowdy fans and heckles, but some fans cross this line and even the most calm player would get angry at his teammates being doused with beer, or punched by a fan who gets out of hand. Would we be so understanding if someone came to our jobs, threw a beer at us and flipped us off, or punched us in the face? It may be part of the job, but when did it become acceptable?

Maybe the time has come for us to expect and demand better behavior from the fan sitting next to us at a game, behavior that doesn’t end up in a physical altercation or swear filled rant with a beer thrown. Perhaps its time to behave as if we were playing, and were receiving the treatment we shower our teams. It can only make the game more enjoyable and a more pleasant ride home when you don’t have to explain to your young kids what they heard or it really isn’t ok to punch a player from the opposing team.

Behave as if you were the player.